Izzy: “English is actually my second language. When my mom and dad immigrated to the States, they both knew that they wanted to carry the tradition of Chinese language into the next generation. Thus, my four siblings and I were taught Mandarin from birth and were asked (or as I like to say, “forced”) to go to Chinese school every Saturday for five years. However, as we progressed through elementary and then middle school, our abilities to speak and write in Chinese began to diminish. By the time high school rolled around, I preferred Spanish over Chinese and enrolled in strictly Spanish classes to fulfill my language requirement. Writing in Chinese, without an alphabet or a compact syllabary, was just way too confusing, and speaking in Chinese sounded weird and would elicit mocking, I thought. Thus, participating in an ACE program held in China, I was very hesitant to offer everyone my Chinese as a tool of communication because I wasn’t sure my skills would be sufficient, and I didn’t think speaking Chinese was conventionally ‘cool.’”

Meible: “Much like Izzy, English is also technically my second language. I grew up watching Chinese cartoons and cooking shows. My parents are both from Taiwan, and I am grateful for them teaching me their language and culture; it will always be a part of me. But unlike Izzy, I never spent one day at Chinese school, so before coming to Duke, I was as literate as a three-year-old. Only in the past year of taking intensive courses did I begin to pick up some reading and writing.”

Before arriving in Shangri-la, we had heard from past ACE participants that it had been helpful to have someone to help them make purchases while wandering through Old Town. We had also heard that the kids who attended camp were commonly returners from the previous summer. With this information, we assumed that our language skills would mostly come in-hand when in town but not during camp.

However, we have found that the majority of our translating occurs during camp! We have been frequently asked to translate ACE participants’ basic phrases like, “we’ll do that activity later,” into Chinese and campers’ questions (or complaints!) into English. Another task has also been translating our ACE teammate’s English instructions of activities like charades or animal relays for the campers to understand. Although one of this summer camp’s goals is to teach English, communicating solely in English is insufficient. Using Chinese has prevented us from forcing too much information onto students at once and helps capture their attention. Ultimately, it allows each day to run smoothly. 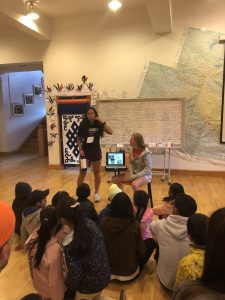 We haven’t been completely wrong in our predictions, though, because in town, we’ve helped our ACE friends speak to locals during inquiries and purchases. Of course, we haven’t been perfect. Our slight illiteracy has inadvertently resulted in people buying strange snacks, such as, cucumber flavored potato chips! 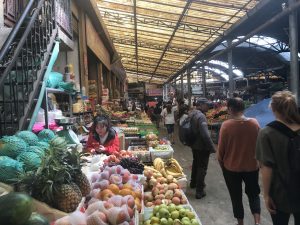 Accommodating the campers’ local vocabulary and accents has been difficult, but the past two weeks have provided sufficient time for us to become more accustomed. In fact, we’ve actually found ourselves further connecting with the campers when they’ve taught us phrases that are specific to this region or that we simply didn’t know.

It’s been enormously reassuring to know that we have each other’s backs. So much so, that we’ve almost started finishing the other person’s sentences! Additionally, it has been awesome relating with each other about little things that we notice here and there. These are subtleties that others don’t recognize, such as, the little gummies and crackers at the supermarket we used to eat when we were younger. Each ACE participant has become connected to another participant in some unique way during our time here. For us, language has been that link. Not only has it allowed us to make a meaningful connection with each other, but it allowed us to help our peers make meaningful connections with locals, CERS staff, and campers.