“Spend one day in South Africa and you can experience all four seasons; spend an hour and you might hear twice as many languages.” -Teaghan Cowles, Stanford Women’s Softball

Teaghan Cowles is one of ten student-athletes from Duke and Stanford who participated in the ACE in South Africa program this past summer. Each year, the Rubenstein-Bing Student-Athlete Civic Engagement Program (ACE) grants selected student-athletes the opportunity to participate in intentional, international service experiences amidst their hectic academic and athletic schedules. 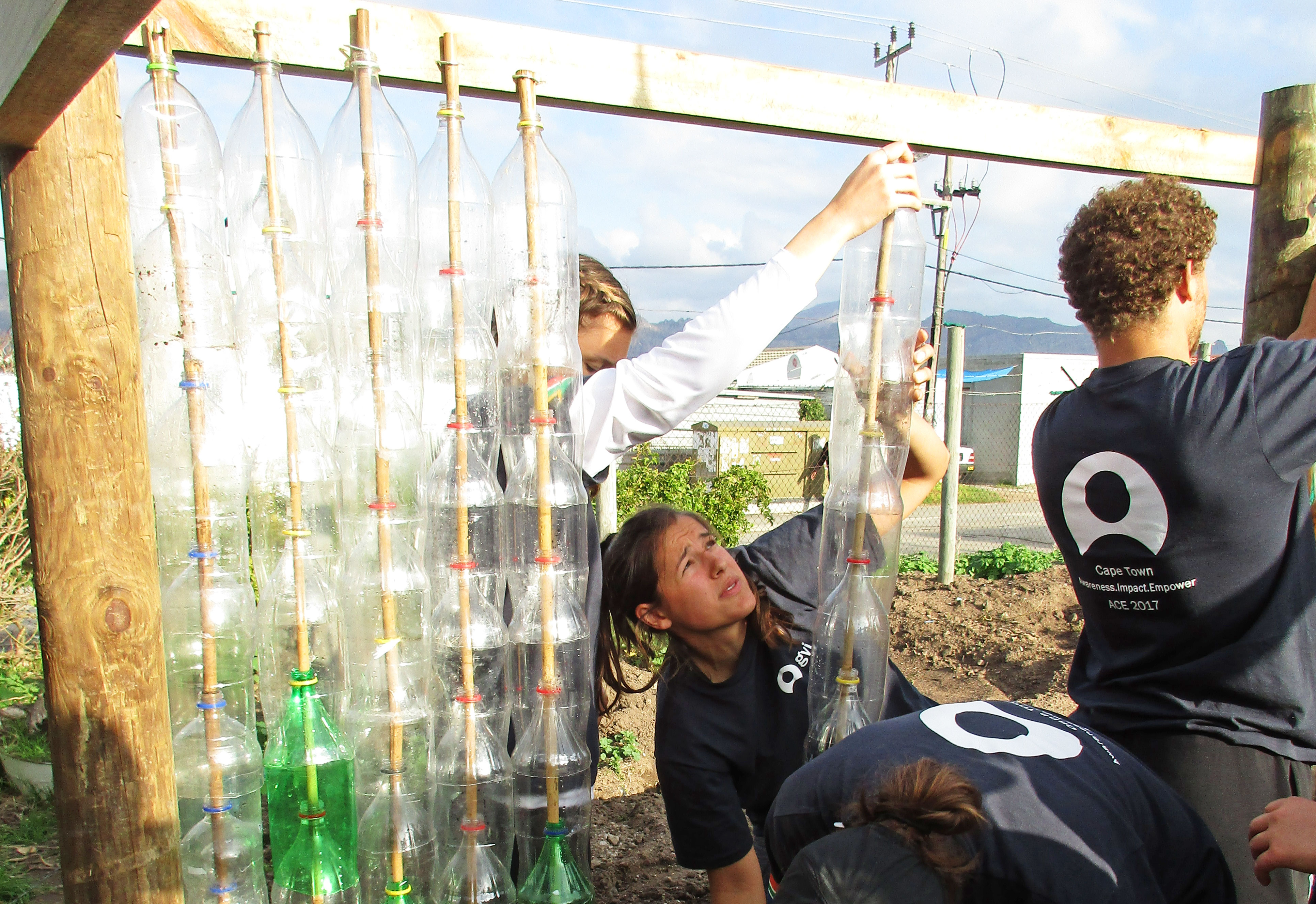 During the ACE in South Africa program this past summer, the Duke and Stanford student-athletes learned how to foster a sense of community and reconciliation within a nation of rich diversity. The student-athletes experienced this diversity first-hand during a three-week immersive service experience in Gordon’s Bay and nearby Nomzamo Township, hosting a sports camp for middle school youth for the second year, assisting with the construction of an eco-greenhouse, and teaching computer classes to local women as part of with the on-going Women’s Empowerment Initiative held at the local community center.

Cowles, alongside fellow ACE in South Africa participant Sean Tate, Duke Men’s Swimming and Diving, reflected upon the potential for sports to serve as one way to promote unity and understanding. “Watching the young kids pretend to do rugby drills and hang on every word of the educational videos was a reminder of how powerful a force a shared sport can be for a country,” Cowles and Tate wrote in a joint-blog post this summer. 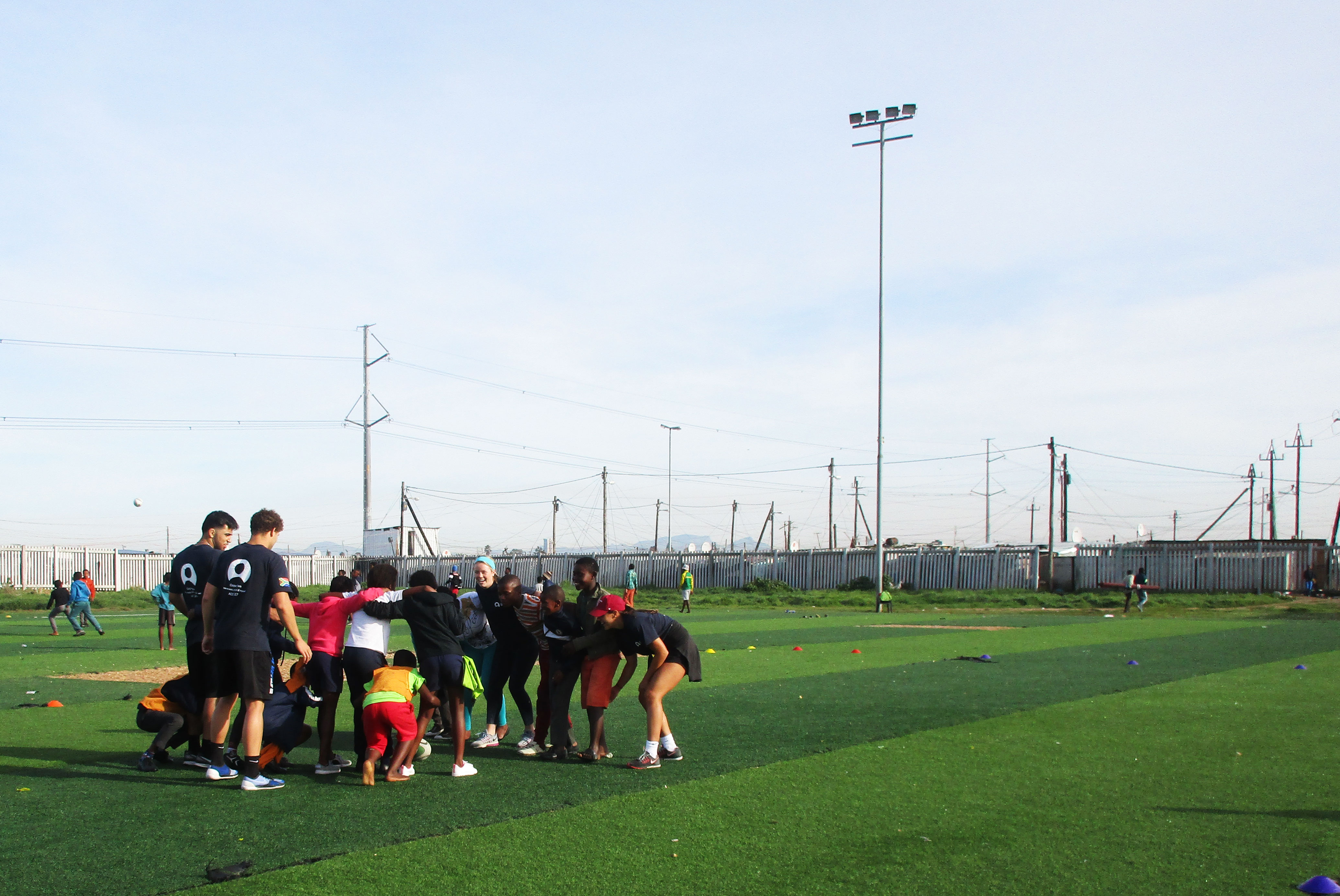 The student-athletes became intrigued by rugby culture in South Africa, visiting the Springbok Rugby Experience Museum and a rugby pitch to see the DHL Stormers triumph over the Sunwolves. Tate continues by sharing that these humbling moments with the children in Nomzamo, alongside these immersive cultural experiences, transformed his own perspective, which he believes now gives him more “cohesiveness, empathy, and understanding” for the world around him.

“With a history so recent, it’s been such an amazing opportunity to hear directly from some individuals who lived through it.” – Julia DiTosto, Stanford Women’s Field Hockey 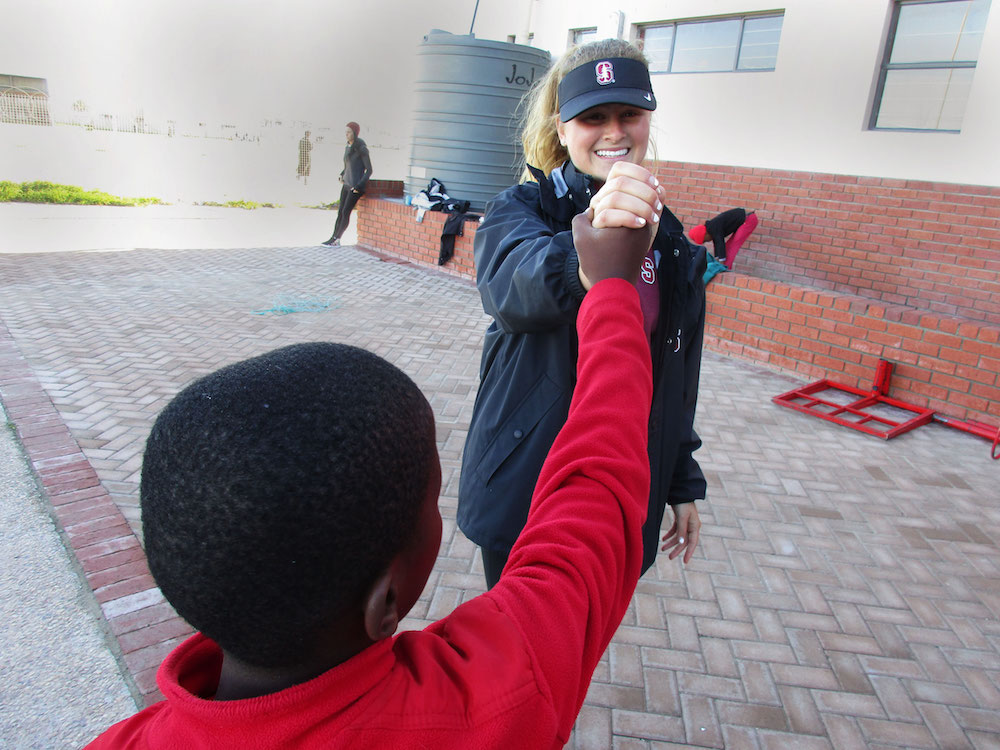 More than a high-intensity sport, rugby also sheds light on South Africa’s historical and political climate, student-athletes noted. Dr. James Campbell, a professor in Stanford’s History Department and MC, Global Vision International (GVI) staff member and Xhosa tribe member, shared with the students over dinner conversations how South Africa’s painful relationship with Apartheid continues to affect the nation’s culture and current situation. Experiencing such a personal level of cultural enrichment and learning was another important takeaway for student-athletes. Julia DiTosto, Stanford Women’s Field Hockey, writes, “With a history so recent, it’s been such an amazing opportunity to hear directly from some individuals who lived through it.”