I was not sure what to expect when arriving in India, but my journey here was an adventure itself (involving traveling for 45 hours and spending the night in the Newark Airport). After touching down in the New Delhi airport, I made my way to customs, where huge Hindu symbols decorated the wall. I waited in the line at customs looking at the giant hand symbols and the beautiful murals on the wall trying to decipher the meaning. Then I walked up to the desk, got my passport stamped, and made my way to the baggage claim. I watched suitcases come down the carousel awaiting mine so I could begin my journey.

Passenger after passenger collected their luggage, but after circling the carousel several times, I realized mine was not there. So my first true test of Indian culture came in the United baggage claim “line.” After filling out the form for my missing suitcase, I joined the mass of people that was the “line” to talk to a representative. But after seeing people continue to make their way to the front of the line with no regard for order, I realized I had to make my own move. I pushed my way to the front of the desk and waited for the next open worker. When the next worker opened I thought it would finally be my turn, until someone threw their form over the desk and demanded help. After, seeing this I realized my actions were not drastic enough. At the sight of the next open worker I shoved my way in front of them, pushed my form over the workers keyboard, and told them it was my turn. Finally, I got the help I needed.

“Even though my experience started out rough, my four short days have opened my eyes to a new way of life, and I am excited for what I will learn and see in the next two weeks.”

While my experience with my lost luggage was annoying and not how I wanted to spend my first moments after a 15-hour plane ride, it opened my eyes to the chaotic but vibrant culture I would experience here. In the four days I have been here, I learn something new every day. Traffic lanes on the road have no significant meaning, highways are for people and elephants, too, and the most common noise in New Delhi is a car horn. Even though my experience started out rough, my four short days have opened my eyes to a new way of life, and I am excited for what I will learn and see in the next two weeks. 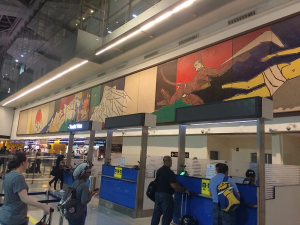 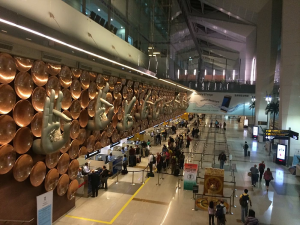 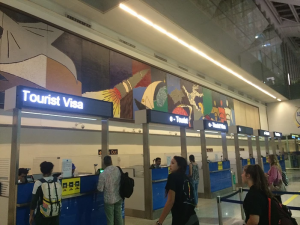