But as Aaron Wright, Duke Football, noticed, the value of the American coaches didn’t stem from their effectiveness as instructors, but instead, their ability to form lasting relationships with both the students and coaches at the camp.

This year, ACE and Vietnamese coaches had the opportunity to teach athletics, academics, and life skills to sixth and seventh grade students in the Mekong Delta of Vietnam, a region with some of the lowest performing schools in all of Southeast Asia, according to the CFC staff.  But as Aaron Wright, Duke Football, noticed, the value of the American coaches didn’t stem from their effectiveness as instructors, but instead, their ability to form lasting relationships with both the students and coaches at the camp.  These relationships are the core of ACE in Vietnam and, as Aaron puts it, “are the reason why CFC keeps asking us to come back every year.” 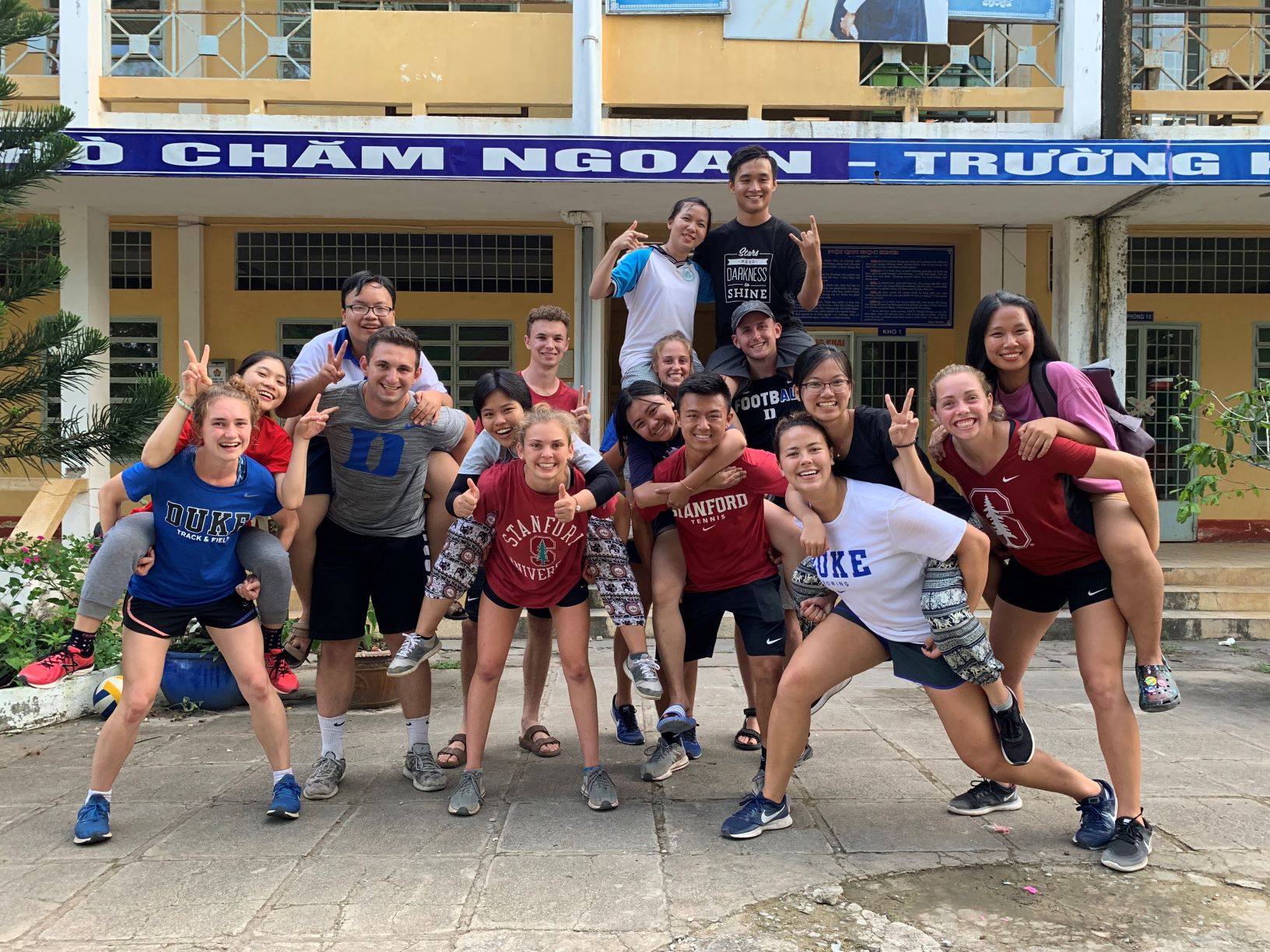 Stepping into a new cultural setting, some of the ACE coaches questioned how strong the relationships formed during the three weeks could be since they wouldn’t be able to talk to the kids directly given the language barrier.  However, very soon after the ACE coaches arrived, they learned that building relationships are an important value of Vietnamese culture.

Relationships and most importantly those among family members were important to the Vietnamese students the ACE participants taught and coached. Thus, the question “How many people are in your family?” was the question most often asked by the nine Duke and Stanford student-athlete coaches on competition Fridays during the weekly oral English test the campers took.   By the end of camp, every student could answer this question with a number and then specify who each person in their family was – brother, sister, grandma, etc. Family, as Tim Sah, Stanford Men’s Tennis, came to discover, was the most important aspect of life in Vietnam.  When coaches asked the campers what they would wish for if they could have any one thing in the world, “almost every single [camper] gave us the same remarkable response,” wrote Tim, “they wish that their families will be healthy, happy, and with them forever.”

Family, as Tim Sah, Stanford Men’s Tennis, came to discover, was the most important aspect of life in Vietnam.

The definition of “family” in Vietnam seemed to extend beyond the typical classifications found in the US.  The ACE participants learned that one didn’t need to be a blood relative to be considered family in Vietnam.  Instead, a smile and a positive attitude could earn someone a spot at the family table.  For Isabelle Pilson, Stanford Field Hockey, sharing was a way of life in Vietnam, “a natural inclination in all aspects of life to give a piece of oneself for the benefit of all.”  Often times, the American coaches found themselves in awe as the sixth and seventh grade campers would offer up their entire snack to the coaches just to make sure coaches wouldn’t be hungry. 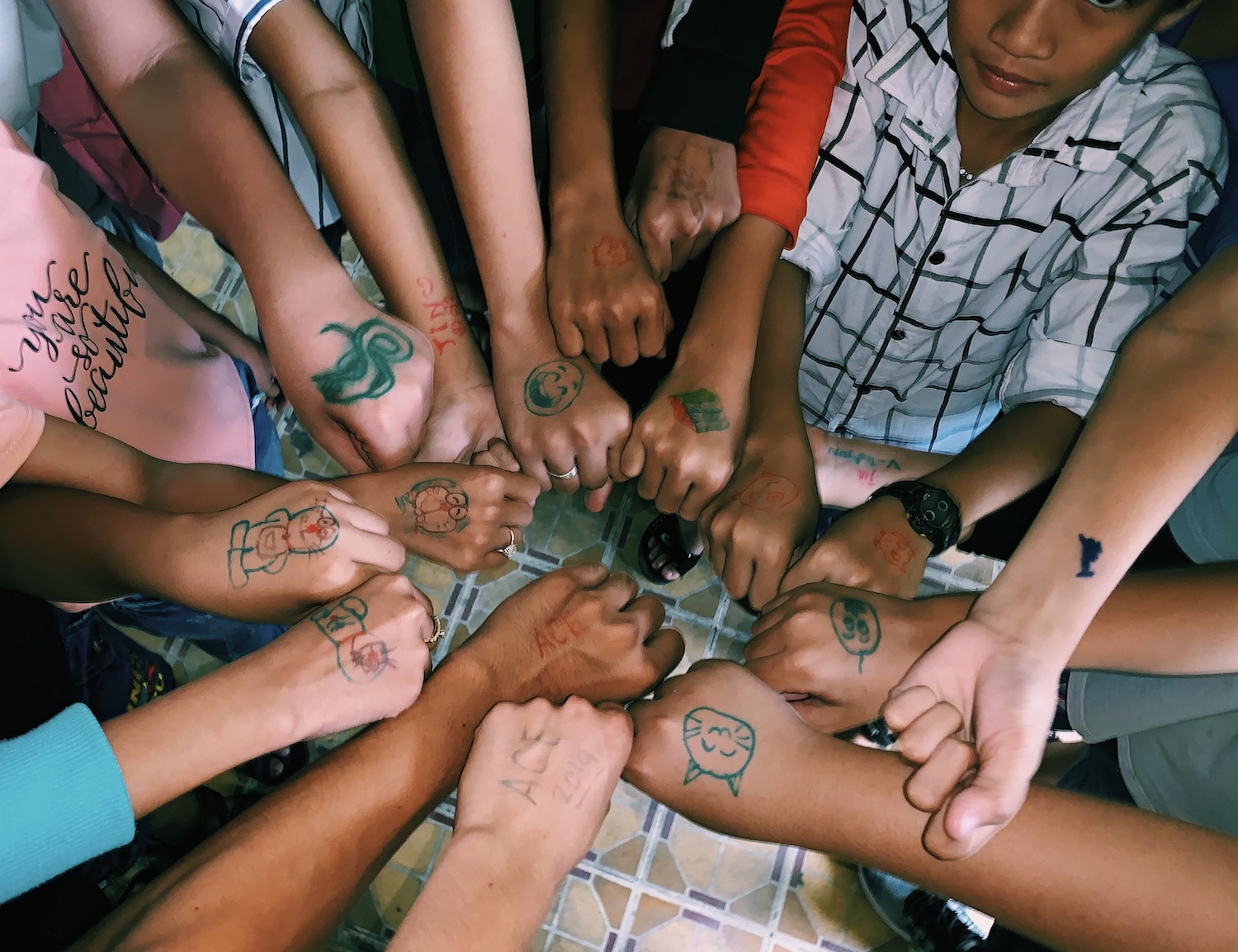 This culture of sharing and helping out extended beyond the kids at camp.  For Michaela Reinhart, Duke Women’s Cross Country and Track & Field, and Isabelle Pilson, every sports period at camp left them sprinting to the equipment room so that they could get there before their Vietnamese counterparts.  What was the prize for winning this race?  A chance to carry out the equipment for the day.  Helping out wasn’t a chore during the camp; it was a way of life and a privilege.  The “sharing culture” as Isabelle calls it, “was contagious.”  The emphasis on sharing was adopted by the American coaches while in country and came back home with them after the program ended. 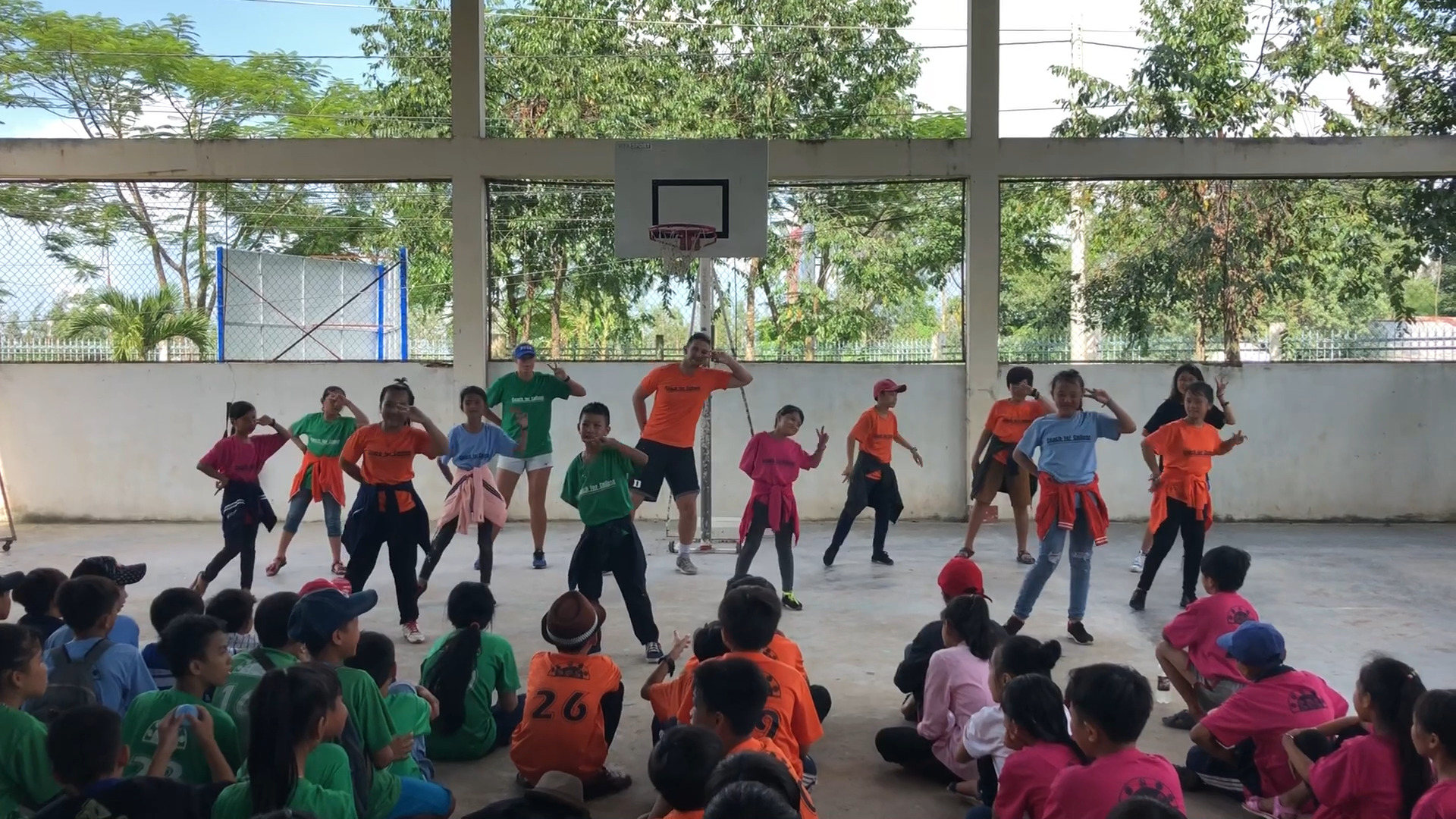 The ability to live and work alongside college students from the host country is unique to ACE in Vietnam and is something that only deepened the relationships formed and made the experiences and lessons learned from the program that much more meaningful.   Daniel Karlin, Duke Football, summed it up best when reflecting on his time with his Vietnamese counterparts and the relationships they now share, writing “these lifelong bonds with college students halfway around the world are one of the things I value most from my ACE experience.”