Ten Duke and Stanford student-athletes participated in this year’s ACE in China program.  Lasting three weeks and taking place in China’s Yunnan Province, the program partnered with VIA and their local partner, CERS (China Exploration and Research Society), to lead a multifaceted sports camp which included English lessons and environmental protection projects for the ethnic minority youth in the area.  In addition, student-athletes also engaged in a short, independent research project on a topic of their choice. 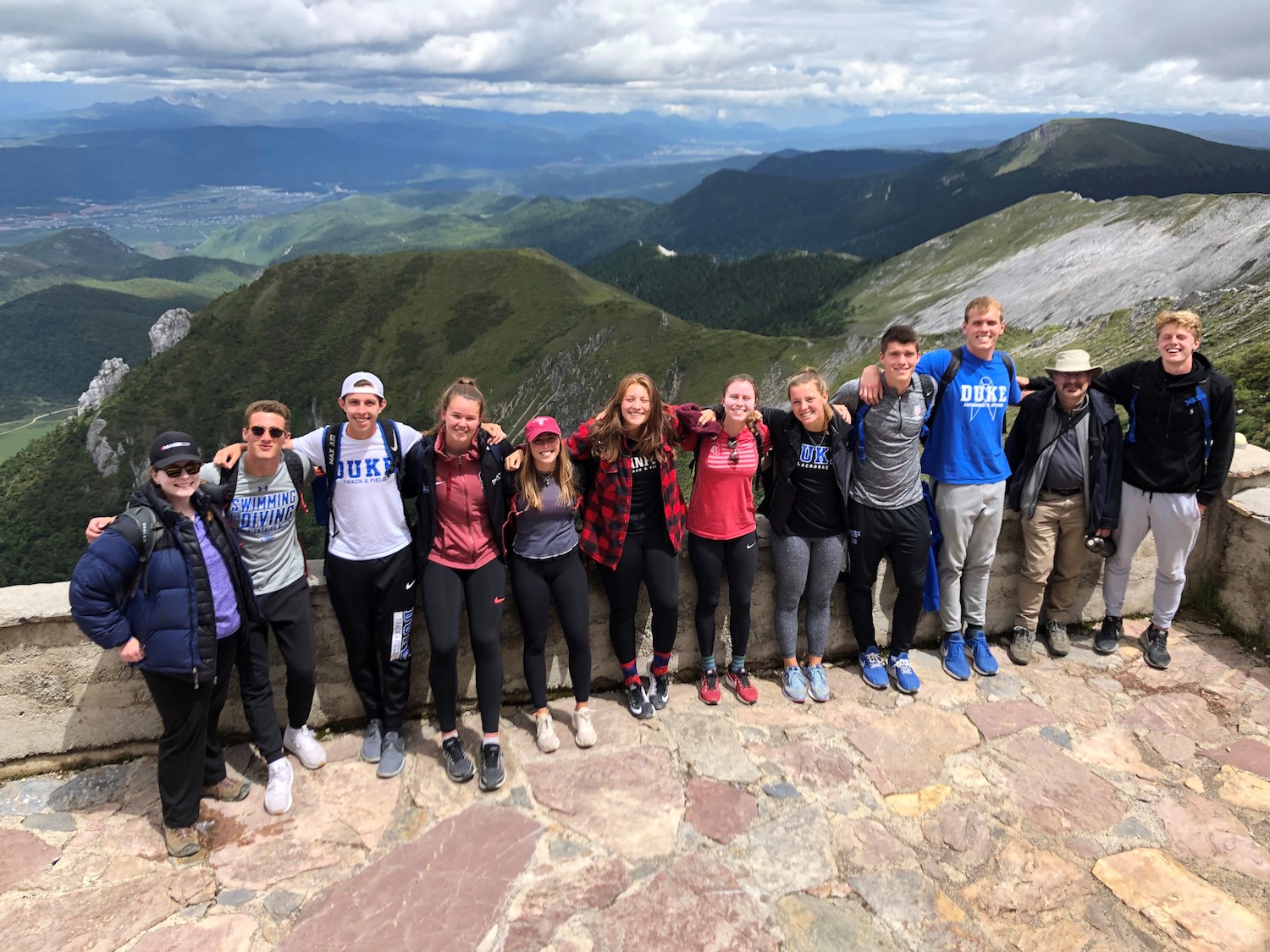 Yunnan Province, located in southwestern China, is home to the greatest concentration of minority nationalities in the country, with more than twenty-two minority groups represented in the region.  As Josh Romine, Duke Men’s Cross Country and Track & Field, found out, trying to define such an ethnically diverse region into a “single, cohesive culture” is impossible because “practices and beliefs vary considerably from village to village, and even from family to family” making Chinese culture “mind-bogglingly complex.”

For Noah, “looking at the differences as unique characteristics” of the regional cultures helped him to feel more comfortable and feel stronger connections to the local community members with whom he was serving.

Carolina Sculti, Stanford Women’s Swimming and Diving, and Noah Vigran, Stanford Men’s Swimming and Diving, both talked about the importance of having an open mindset when experiencing the vast cultural differences that exist in the region where they served.  It would be easy to get stuck just comparing every aspect of life in China to that of life in the United States but truer experiences and more valuable takeaways came “through the lens of mindfulness” according to Carolina.  For Noah, “looking at the differences as unique characteristics” of the regional cultures helped him to feel more comfortable and feel stronger connections to the local community members with whom he was serving. 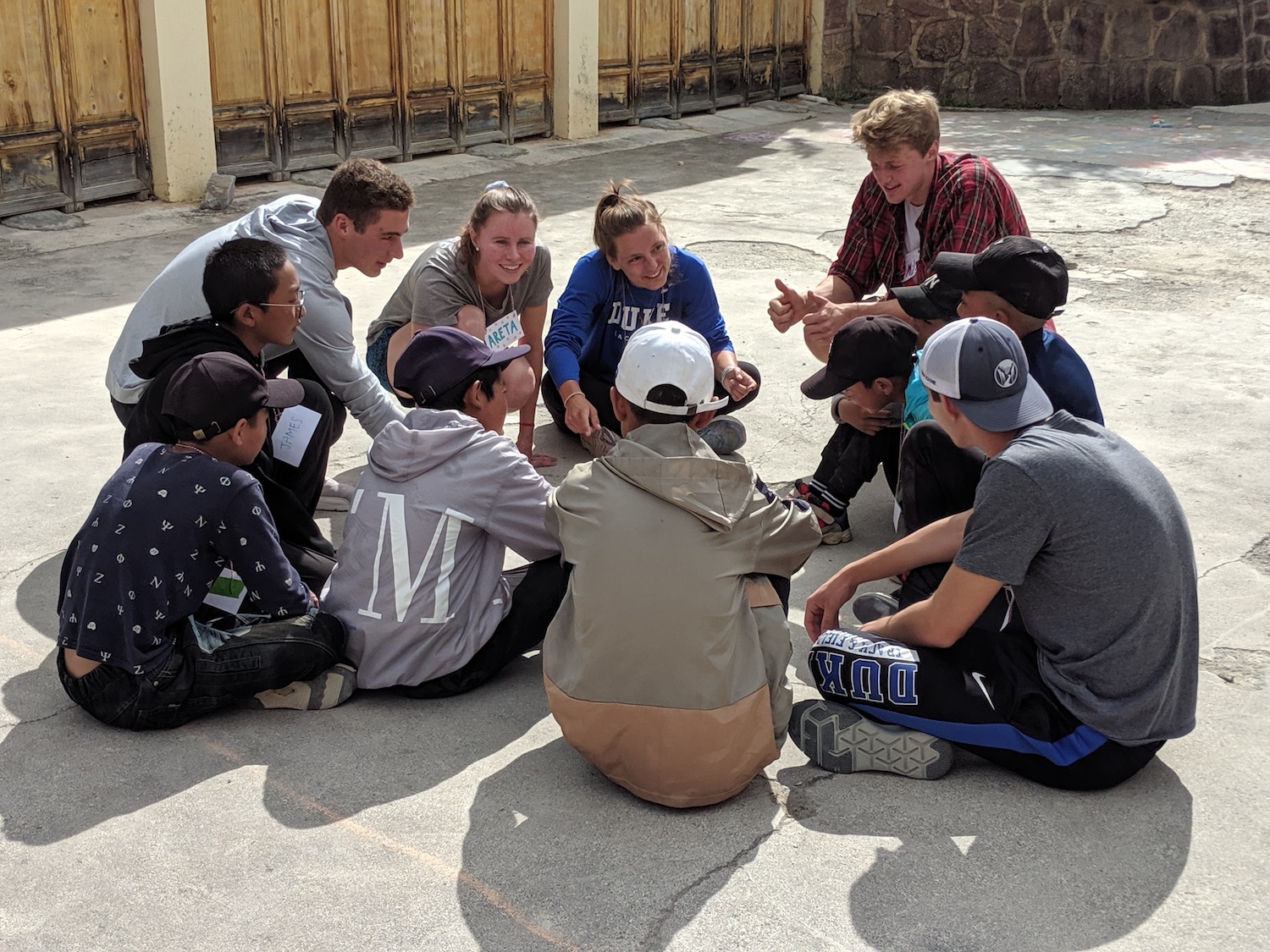 Even with the complexity of navigating in a different culture, there were commonalities that seemed to be shared across all the different ethnicities in the region.  One particular aspect that stood out to Kate Littlejohn, Stanford Women’s Rowing, was demonstrated every single day by the campers the ACE team taught.  This was the desire of the campers to be the best at whatever they were doing.  Kate wrote about one girl who wanted to solidify her understanding on the lesson she had been taught about English names for numbers.  “Having already mastered this topic, she was eager to learn more English.”  It was inspiring for the American coaches to see how much the lessons they were teaching at camp meant to the kids and how hard the kids worked to become masters of everything they were taught. 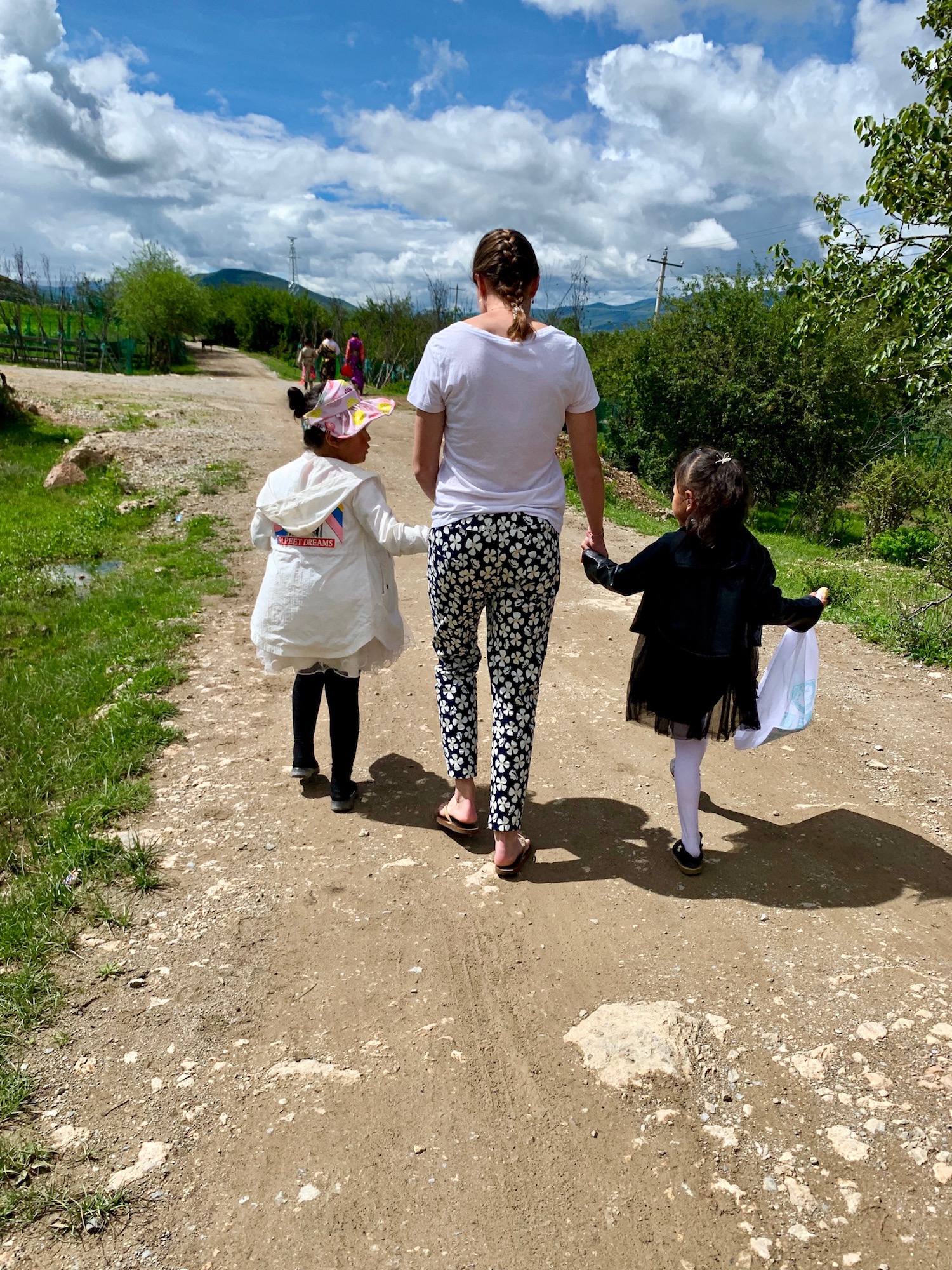 Areta Buness, Stanford Women’s Lacrosse, found that one of the most powerful moments of camp came during a trash pickup competition where the campers were split into small groups to see who could collect the most litter in the time limit.  Even without being able to speak or give verbal encouragement to the kids on her team due to the language barrier, Areta still felt very connected to her trash pickup team as “the unspoken communication [was] the collective beautification of their environment, where they live.”  Similar to how the kids wanted to become masters at whatever skill they were practicing and learning in camp, they also wanted to be the best at keeping their community clean which was something that inspired Areta along with the rest of this year’s ACE in China team.