Only in its first year as a program, ACE in Peru made an impact.  Partnered with GVI (Global Vision International) and community partners TNC (The Nature Conservancy), CBC (Center for Andean Regional Studies Bartolomé de Las Casas), and CTTC (Centro de Textiles Tradicionales del Cusco), ACE in Peru strove to develop and promote environmental sustainability through a series of projects in the city of Cusco and surrounding areas.  Projects this year included putting the final touches on a greenhouse that was started during an earlier DukeEngage program, building a tree nursery, and developing a hiking trail to help foster sustainable tourism.  The ten Duke and Stanford student-athletes were split into groups each morning and worked on the different projects alongside community volunteers. 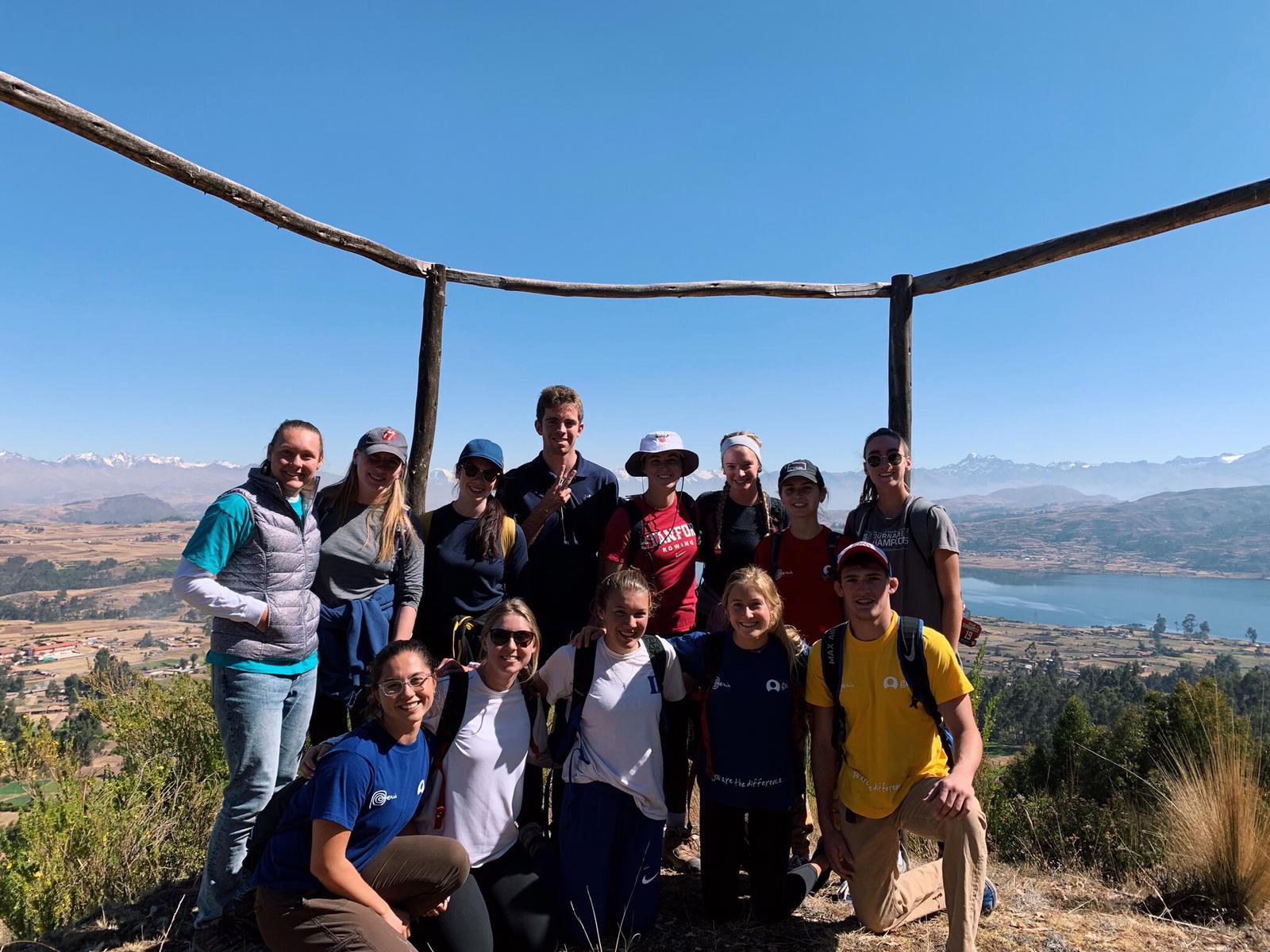 Unlike other current and previous ACE programs, the Peru site was the first program where a majority of the ten Duke and Stanford student-athlete participants spoke the language of the host country.  For Carly Perri, Duke Women’s Swimming and Diving, and Emily Schultz, Stanford Softball, speaking Spanish with members of the community led to some of their favorite moments of being in Peru.  For Carly, speaking “Spanish not only allowed [her] to speak to more people but it allowed [her] to gain important perspectives [she] would never have been exposed to without this skillset.”  Emily felt that she was better able to connect and feel at home with her host community from her experience speaking Spanish as “relationships began over the commonality of a language and continued to blossom from the desire to learn about each [other’s] lives.” 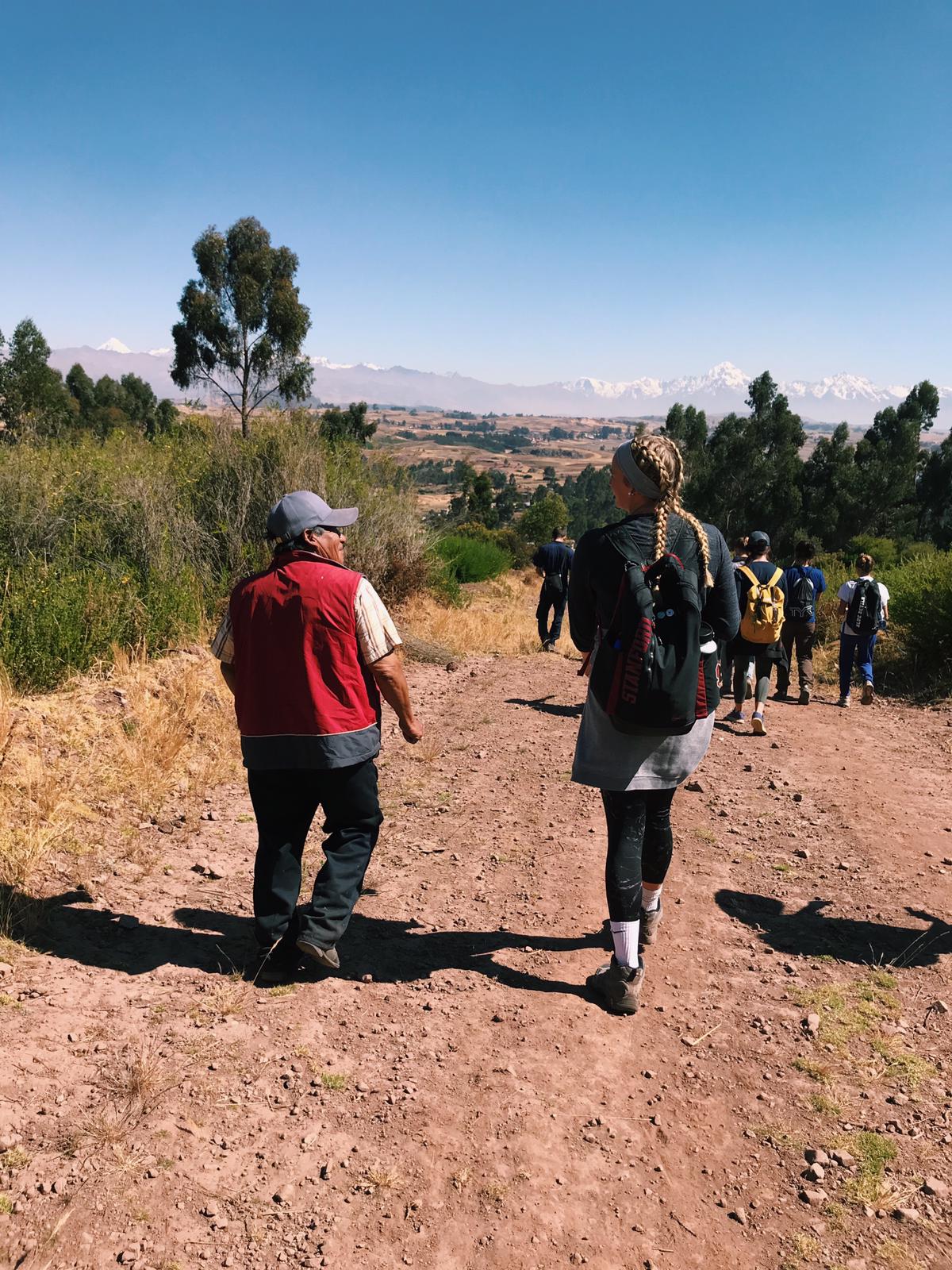 A mastery of Spanish, however, wasn’t a requirement for gaining valuable experiences from the program. Kelsey McGinley, Stanford Women’s Rowing, created connections with a local woman through a shared passion for art. “Despite the fact that I spoke no Spanish and she spoke no English, we began to communicate through the weaving and what I was creating.”  Even without words, Kelsey and the local woman were able to form a bond over a shared interest and appreciation for the traditional art form.

The participants in Peru found out so much could be learned by simply observing the community members who volunteered alongside them.  In regards to the parent volunteers working on the projects alongside the ACE participants, Amanda Beach, Duke Women’s Cross Country and Track & Field, wrote, “I had never witnessed such efficient and incredible work.” 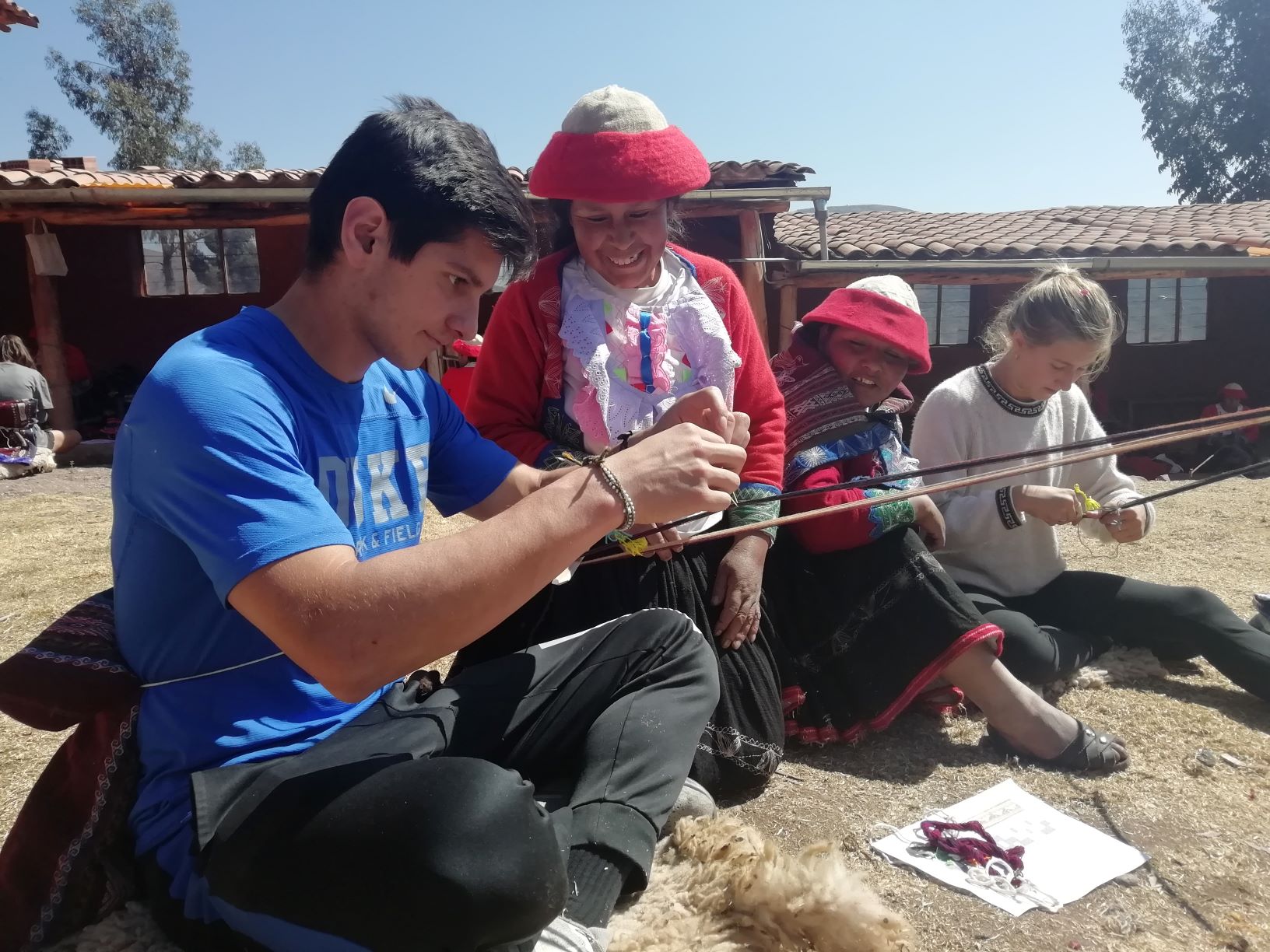 The ACE participants learned how very proud the community members are of the beautiful countryside they call home and that they work tirelessly so that future generations can also admire the beauty.  Josh Finesilver, Duke Wrestling, felt that “the work done in environmental conservation and sustainability is extremely relevant not only to the community in Peru, but also to the communities back home in the US.”  Being environmentally conscious is something that Josh believes he can share with his community both at Duke and at home after participating in the ACE program.

The way that the community volunteers worked to preserve the natural beauty of their home was an inspiration for Josh as well as all the other ACE in Peru participants.  Emily Klingaman, Stanford Women’s Softball, shared that “one of the project leaders from the community told [her] that if he had the choice to live anywhere in the world, he would choose exactly here.”  It is this love that the people of Cusco have for the region that made Emily want to work harder while she was in Peru as well as continue her commitment to service upon returning home after the program.