The past two weeks at CERS have been a time of reflection. We have spent our days wrapped up in action with planning, exploring, teaching, and coaching. Following our exciting days, we have wrapped up the nights listening to Drolma, Dr. Bill, and How Man reflect on their past explorations and experiences. It has been a pleasure to listen to each of them and to glean wisdom from their experiences. Now, as we wrap up our time here at CERS it is our time to reflect on the experiences and adventures that are coming to a close. Each of us has many memories of the last couple weeks, far too many to share. So, we will each focus on just one memory that truly stuck with us.

On the last day of sports camp, I witnessed a transformation of one of the campers named James. At the beginning of the week he was kind, but aggressive, impatient, and oftentimes a lot to handle. However, as the week of camp progressed, Tanner and I were able to spend a significant amount of time playing basketball and other sports with James. He was an incredible athlete who excelled in nearly every athletic venture, but was also a bully and ball hog because he knew of his excellence. Through example, Tanner and I were able to illustrate teamwork and patience. Slowly James picked up on the appropriate behaviors for athletics and became a great teammate and leader for the other students at camp. On the last day, we were able to play a game of tips (where you jump and throw a ball simultaneously) and connect with James though laughing and playing around. He was fairly hardened at the beginning of the week, threatening a girl and beating up on little kids, but at the end of the week he was soft and enjoyable. Though sports we were able to connect with James and illustrate appropriate behaviors within and without sports. It was truly a joy. 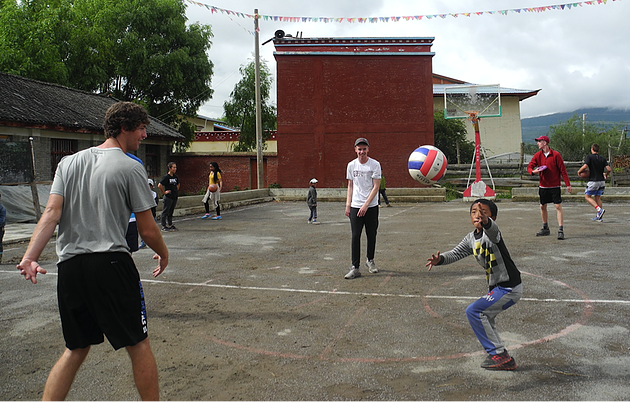 My favorite memory from my time here at CERS would have to my lack of knowing the language fluently. It’s gotten me into some really interesting situations. The one that stuck with me the most was the time I said OK to everything the kids said and ended up being dragged all the way to town.

It started off with walking the children down to the fence so the dogs didn’t jump on them. As we got to the fence, Lucas, one of the little boys grabbed hold of my hand and asked me something in Mandarin/Tibetan. Unfortunately in fear of making them sad I nodded my head and smiled and said, “OK!” It seemed as if all the children had cheered. I looked around confused because I wasn’t sure how OK could have made children so happy. Not even moments later massive force from the children’s pull were dragging me down the street and into the village.

About an hour and a half later I had been to four houses and met many parents and grandparents by myself with the children in their village. We took so many selfies and sang so many songs. It was honestly a really fun experience and I bonded so much with the children and their parents. I learned that even though I barely knew the language and the dictionary I had was barely any help I was honestly able to communicate through smiles and laughter and really REALLY broken Mandarin with the kids. Also, no need to worry, the village is not far from our center and our VIA staff member Sam was following behind me the whole time to make sure I was safe and didn’t get lost! It was an awesome memory that I will cherish forever, and I can’t wait to come back to CERS again and see how much the children have grown.

This past week in Shangri-La, we held an English/sports camp for the local kids in the village. Though what appeared to be many differences, we connected with the kids through many smiles, laughs, and broken (very broken) Mandarin phrases. For me, the highlight of the camp wasn’t actually the camp itself, but afterwards when we all took a visit to the village and got to see inside the homes of some of the kids that had been a part of our camp.

As we walked up to one Eric’s house, I saw his face light up with a huge smile. He ran ahead to let his parents know of our arrival, and as we approached the gate to the inner courtyard, his parents appeared on the porch waving for us to come in.

Though I had felt that our relationships with the kids had grown much over the course of the camp days, by being invited so warmly into their house, I realized how much we had impacted these kids. Regardless of the cultural, linguistic, and even physical differences, we were able to form a relationship that would last with us each of us forever. 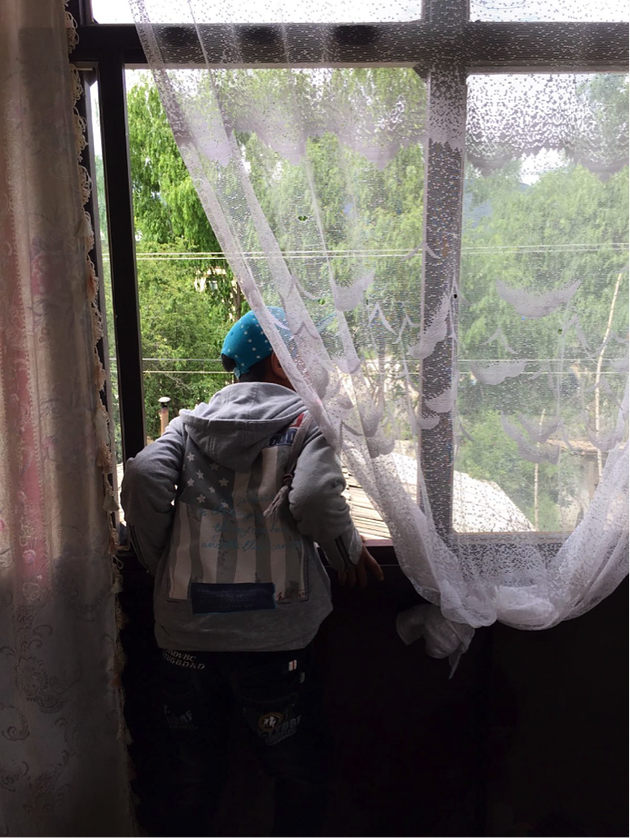